From humble curiosity to inspiried advances in medicine.

Dr. Todd did his undergraduate studies at Northwestern University in Evanston, Illinois.  After 2 years he was at the top of his class with a 4.0 GPA (out of 4.0).  He was one of 26 students in America accepted to an accelerated medical training program at the prestigious Johns Hopkins University Medical School in Baltimore, Maryland.  In the course of this work, he was elected to Phi Beta Kappa at this institution.  During this time Dr. Todd also studied voice and classical guitar at the Peabody Institute.  He received both BA and MD degrees from Johns Hopkins University.

While at Georgetown, Dr. Todd experienced a deep insight into an elegant method for matching the vibrational states of biological molecules to neutralize toxins and enhance human biochemical functions.

Pursuing this insight, he moved to Southern California and constructed a platform with the assistance of Scottish physicist Scott Strachan.  This colleague had won the Enterprise Scotland Award from Prince Charles for laser measurement devices.  Scott Strachan also contributed to the creation of real time ultrasound, the technology that uses sound waves to view internal organs with precision.

Since 2005, Dr. Ovokaitys has been an Associate Professor of Medicine at Louisiana State University. This appointment has been for developing research into metabolic mechanisms for improving the condition of persons with HIV infection. Dr. Ovokaitys is also a high level consultant for anti-aging and regeneration medicine.  His realm of expertise includes the best of conventional and complementary, metabolic and nutritional medicine.

The technology platform they created used lasers in a novel way. It was tested for its effects at the National Institutes of Health in Bethesda, Maryland.  This work showed the ability to take a flask of tumor cells and transform their appearance and behavior to those of normal cells, a potential major breakthrough in oncology.  Additional research at the University of Southern California confirmed that this specially configured laser system could fully neutralize a virus in human cells in culture without a harmful effect upon the cells.

The unique wave pattern allows deeper penetration through tissue than ordinary laser and has powerful interactions with molecules through the matching of molecular vibrations, also known as the principle of resonance.  By modulating the laser platform at frequencies that match the vibrational modes of molecules, this can modify the shape, structure and function of molecules in ways that have thus far been unprecedented.

A practical application of the technology that enhances the structure and function of nutritional compounds was developed .  These actions have been confirmed by X-ray crystallography showing beneficial structural changes and in vitro (test tube) studies showing enhanced biological action.  A dozen formal placebo controlled double blind clinical studies have been conducted all showing significant benefits using of the formulas treated with this technology.

Under the umbrella of Gematria Products, these formulas have been shown to support the healthy structure and function of the cardiovascular, immune, musculoskeletal, neurologic, and gastrointestinal systems.  The formulas have a particular focus on anti-aging which effects have been well supported by clinical studies.

The latest description of this invention is the Qi laser technology platform.  In this sense, Qi stands for quantum information that enhances the biological action of molecules in the body; Qi is also the term for life force energy in Eastern systems of medicine.

An exemplary protocol is a formula designed to rebuild muscle proteins in the body.  This formula is composed of amino acids, the building blocks of all the proteins in the body.  In a placebo-controlled double blind study, persons with chronic heart failure received either the active formula or placebo.  The study participants were already chronically treated with standard medical therapy so clinical improvements were a function of use of the formula.  In vitro studies showed that laser treatment of the amino acids had a marked anti-inflammatory effect compared to the amino acids not being treated.

After 30 days the placebo group showed no improvement to a worsening of their condition.  In contrast the treated group had an average 25% improvement in cardiac function.  Cardiac symptoms were typically reduced 70-80% in the treated group compared to their pre-treatment baseline.  The effects were so significant that while the placebo group did not change their overall status, approximately 60% of the treated group improved to normal or nearly normal heart function.  This article was published in September 2011 in the Russian medical journal Clinical Gerontology.  The Russian FDA review of the study was so favorable that this protocol has been approved as a treatment and cure for heart failure.

Other clinical studies with Qi enhanced nutritional formulas have shown:

Proof of the power of this platform has been achieved at the level of fundamental physical and pharmaceutical chemistry.  Dr. Todd Ovokaitys and his inventor colleague Scott Strachan have just received a granted patent for creating a physical state of matter that had been previously impossible.

This discovery relates to the aspirin molecule which after 100 years of research had only been produced and in a single solid state form that was stable at room temperature. In collaboration, they developed a protocol using the Qi laser that stabilized the glass state of aspirin which normally would revert to the typical crystal form of aspirin above a temperature of -30 degrees Centigrade.  The very high free energy state that has been created for this compound is expected to impart very high solubility, with a rapid absorption and onset of action compared to ordinary aspirin.  Thus a small dose under the tongue could potentially relieve a headache in a few minutes without side effects.

The proof of the ability to create novel high energy therapeutic compound forms has been further validated by the recent grant of a US patent in this arena.  This grant gives approval to an additional 21 new compound forms of combinations.  Even at the level of advanced pharmaceutical chemistry, the Qi laser technology platform has been shown to be able to produce stable high energy states with anticipated significant therapeutic advantages.

Dr. Ovokaitys’s Qi laser technology platform also has the potential to stimulate the cellular regeneration pathways by direct application to the body.  The range of modalities also includes the state of the art of stem cell therapies, particularly amplified umbilical cord blood stem cells as well as autologous stem cells derived from the person being treated that are then concentrated and delivered back to the person from whom they were derived.  Stem cell and regeneration modalities can be further boosted with sophisticated live cell extracts that support specific tissue systems.  Thus for a given person and issue, an individualized program can be tailored that offers the best available modalities and techniques. 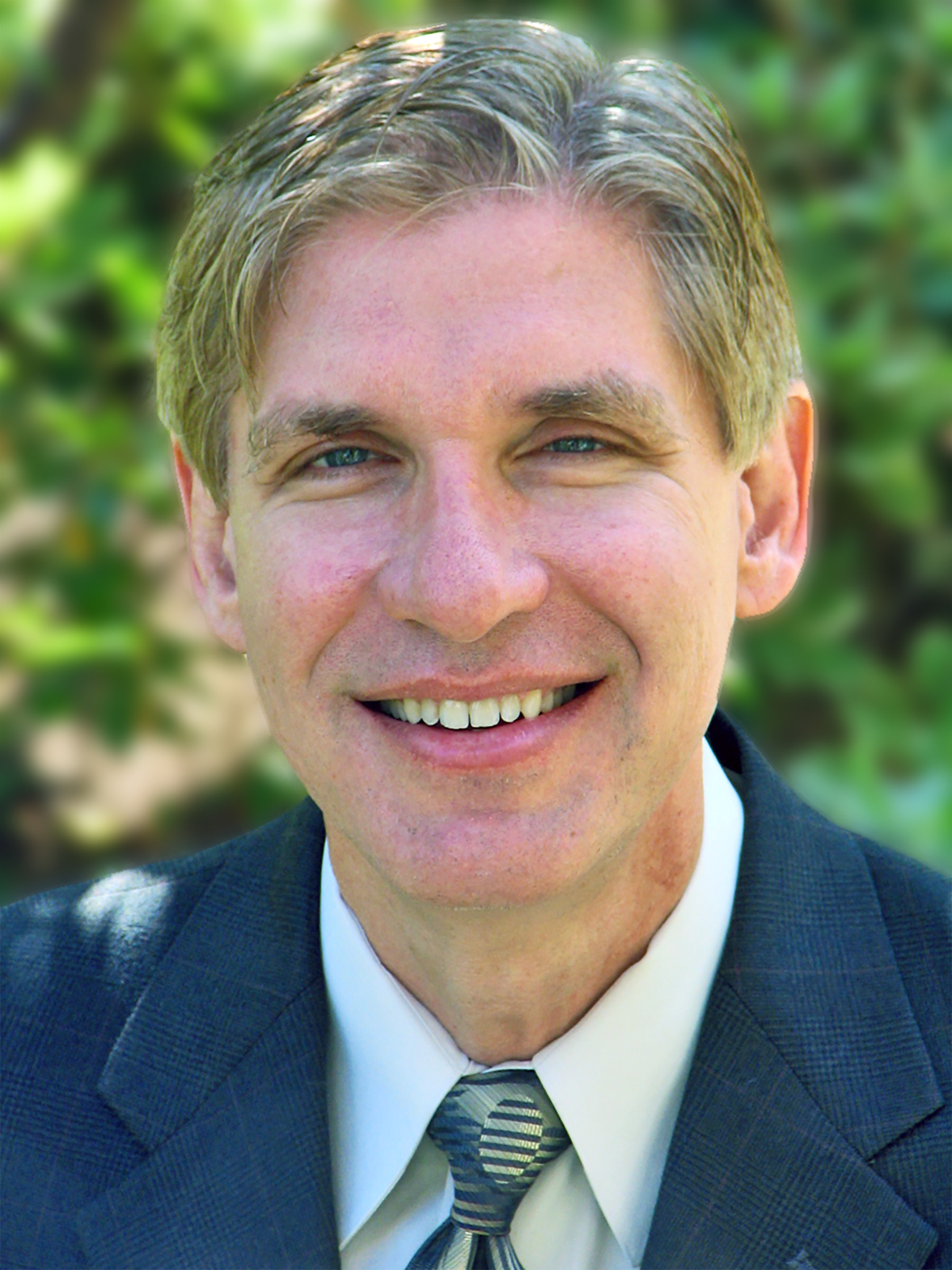 Below, Dr. Todd on stage at the Scientists, Sages and Mystics conference in Santa Ana Pueblo, New Mexico, November, 2019. 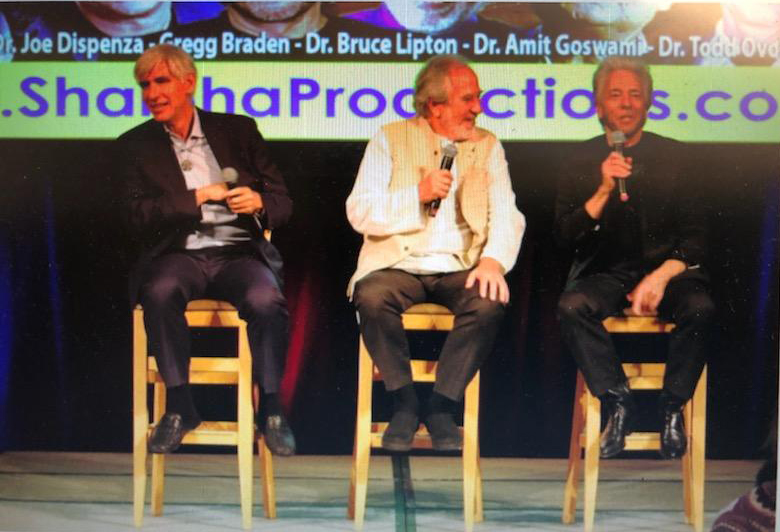 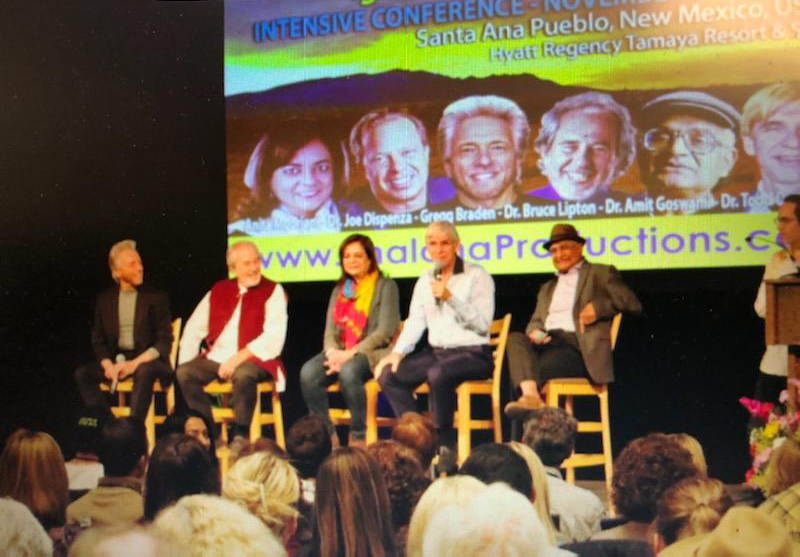 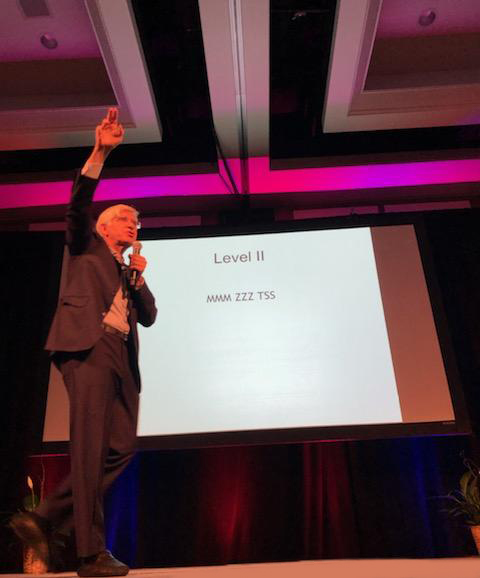